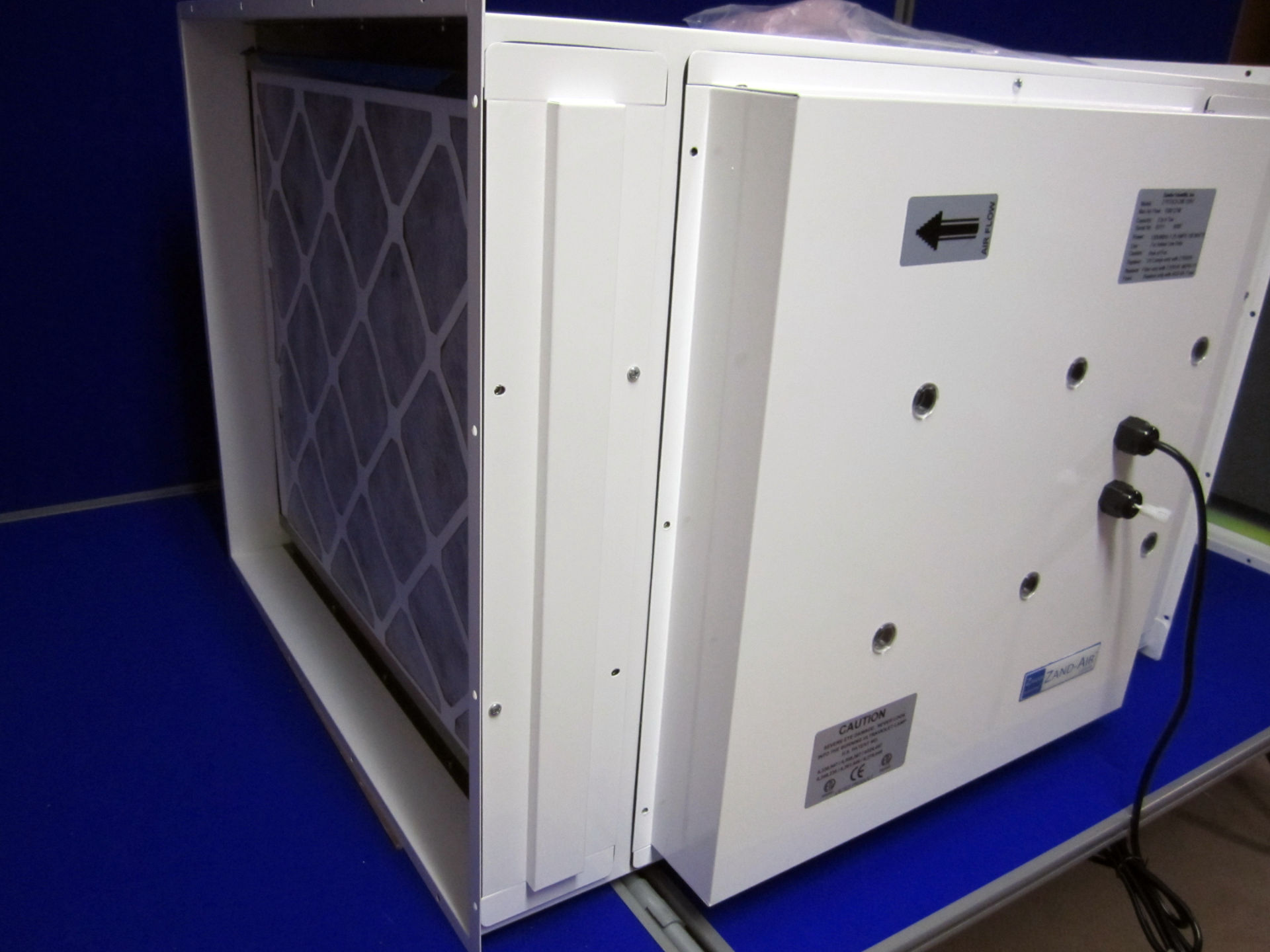 The PCOC™3 is the ultimate fixed system for highly efficient air purification in medical laboratories, and other facilities, with extreme demands on superior air quality. The units are fitted directly into your ventilation system. 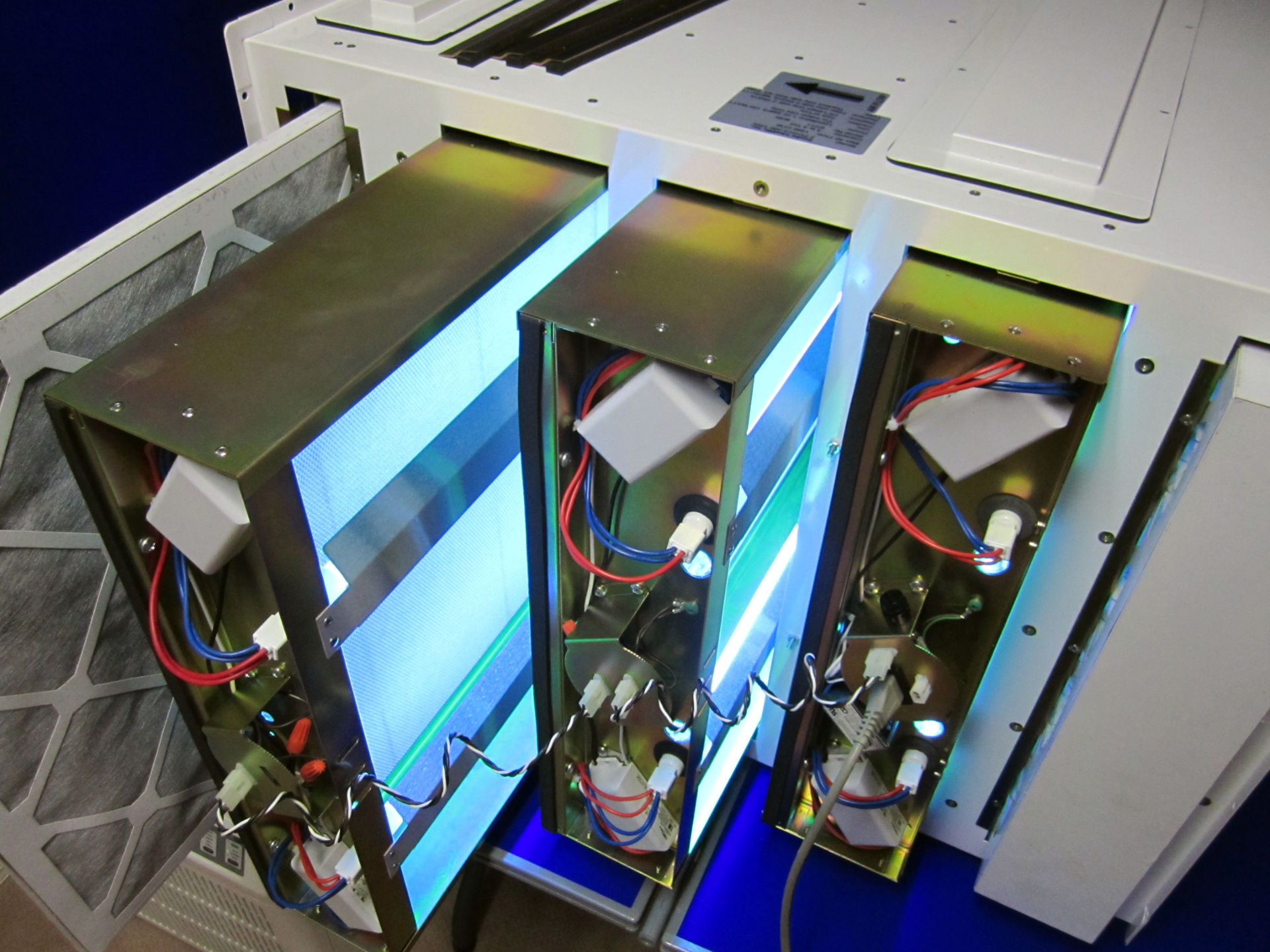 The Technology of the PCOC™3

Our patented process to affix TiO2 to a solid substrate,  for this TiO2 to interact with UVC radiation at 253.7 nm  which has the advantage that this wave length does not get adsorbed by the oxygen molecules, thus does not create any ozone – O3 (tri-oxygen). Naturally occurring ozone in the atmosphere is converted by the TiO2 / UV interaction into normal di-oxygen (O2) or other ambient gases which then get converted to benign matter, including diatomic oxygen (O2) which forms 20.9% of our ambient atmosphere.

While the photo-catalytic process is very fast, the number of individual photo catalytic actions occurring in the PCO chamber are multiple and very complex.  The efficiency of this process is therefore increased by placing three such PCO chambers sequentially in a single frame, thus increasing the ‘dwelling time’ of the airstream through the PCOC™3 equipment. Placing several PCOC™3 units sequentially increases the dwelling time for the UV light interaction with the photo catalyst, thus multiplying the decomposition of VOCs and pathogens. GERMICIDAL ULTRAVIOLET LIGHT kills disease causing airborne virus and bacteria on contact. An advantage is that UVC radiation at 253.7 nm is germicidal, while not at its optimal peak strength, yet strong enough to attack the molecular structure of mould, spores, fungi, bacteria, viruses, and other pathogens, detaching the oxygen atom out of the DNA/RNA chain of these live organic pathogens and thus preventing regeneration of these, rendering them harmless by repeated exposure to the PCO interaction. Using return air as part of the incoming airstream is thus aided in this cleaning process, as the return air already passed before through this photo-catalytic oxidation process.

Planer is proud to exclusively offer the ZANDAIR™ product range to the UK market. If you would like more information about this product range, please click here to contact us.