This portable air purification unit has been specifically developed to meet the demands in the IVF laboratories.

As technology has advanced, the necessity to filter air has become even more important.

All these can have a direct influence on the laboratories results and on the health of laboratory workers. The key to effective air filtration of damaging volatile air compounds is in the Photo-Catalytic-Oxidation. The chemical compounds becomes highly reactive when exposed to a specific wavelength of ultraviolet light. The photo-catalyst attracts pollutants and converts them into benign compounds such as water (H2O) and carbon dioxide (CO2) 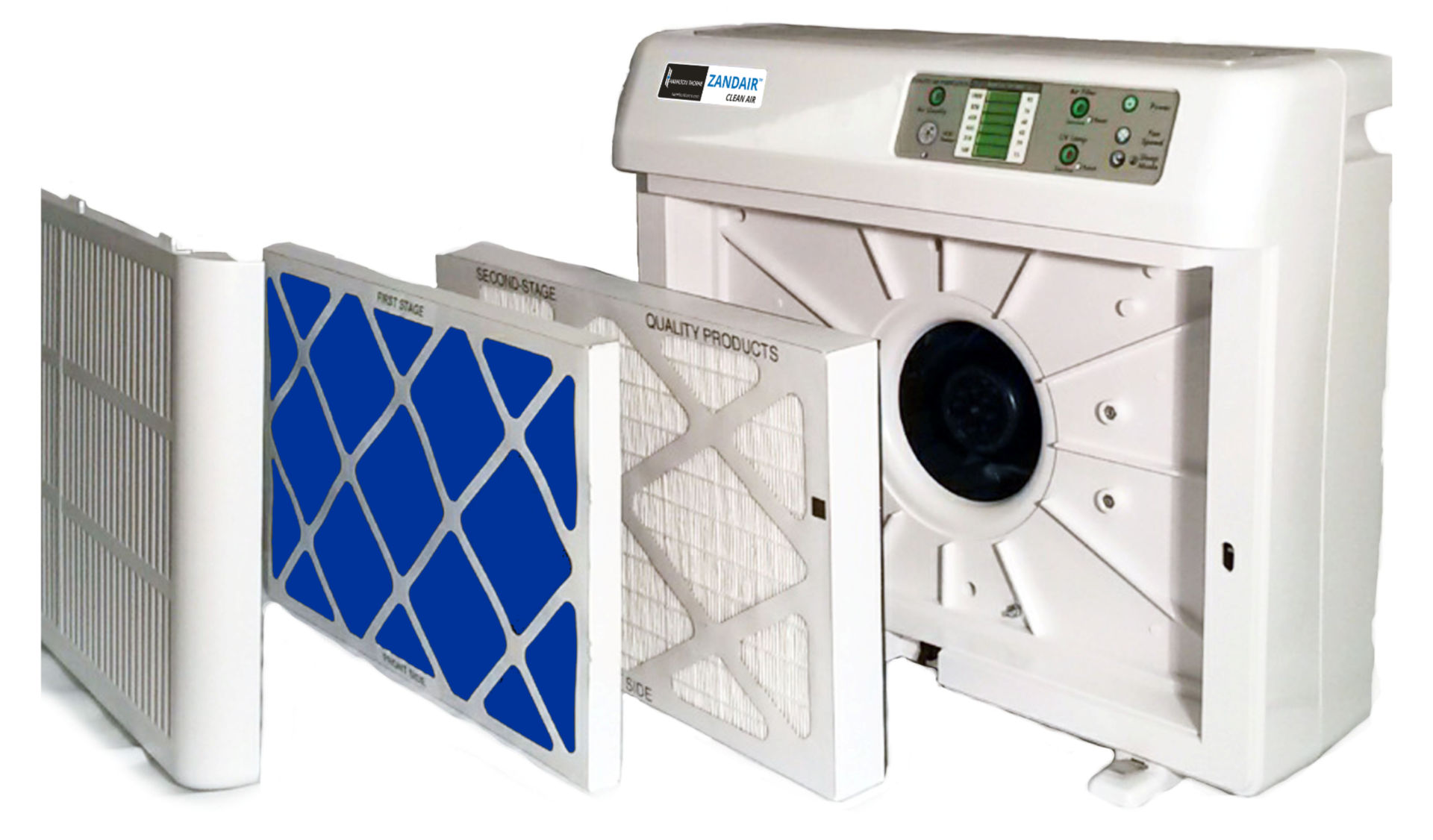 The Hospital Grade HEPA Filter is certified to remove particles e.g. Pollen, mould, fungal spores, dust mites, and bacteria, of 0.3 µm with not less than 99.97% efficiency.

Photo-Catalytic-Oxidation converts toxic malign compounds (even carbon monoxide and nitrous oxide) into benign constituents such as water (H2O) and carbon dioxide (CO2). The catalyst is such that it does not wear out or lose its effectiveness as a result of its actions.

Ultraviolet light attacks the molecular structure of viruses and bacteria, which are too small to be filtered out by the HEPA filter, thus rendering them harmless. Ultraviolet light converts VOCs and CACs into H2O and CO2. Ultraviolet light technology combined with Photo-Catalytic-Oxidation is an important and unique feature of this air purification / filtration system.

Warning lights alert staff to the presence of toxic chemicals and fumes well before they reach dangerous levels or become detectable to the human senses. In the absence of high activity the air purification system can switch into a sleep mode and ‘wakes up’ as soon as it detects activity.

Planer are proud to exclusively offer the ZANDAIR™ product range to the UK Fertility market. If you would like more information about this product, please click here to contact us