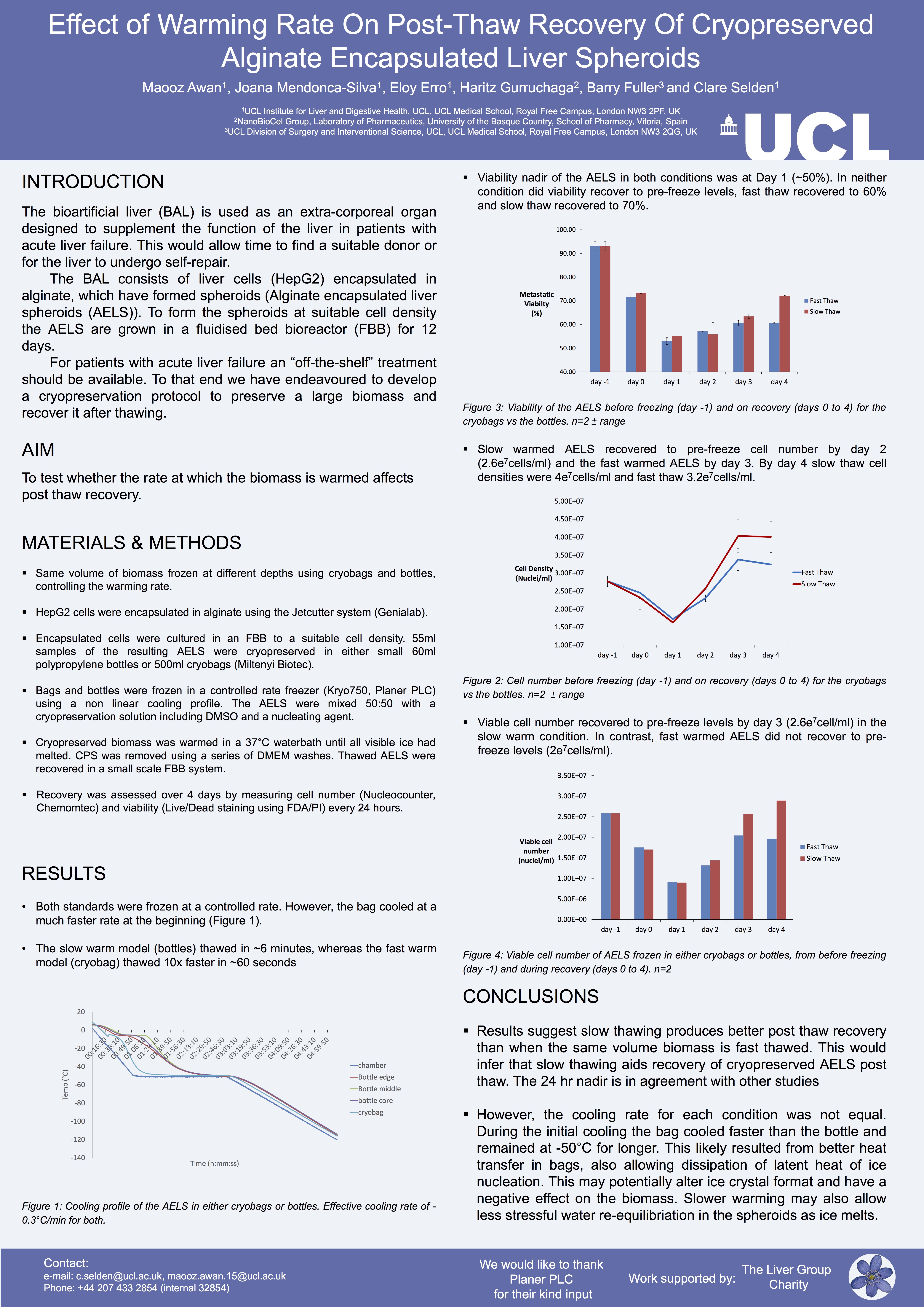 A bioartificial liver is used as an extra-corporeal organ which is designed to supplement the function of the liver in patients with acute liver failure. This is to allow time to find a suitable donor or for the liver to undergo self-repair. The University College London's bio artificial liver consists of liver cells encapsulated in alginate, which have formed spheroids grown in a fluidised bed bioreactor. For patients with acute liver failure an “off-the-shelf treatment needs to be available and to that end Mo Awan, Joana Mendonca-Silva, Eloy Erro and the team have endeavoured to develop a cryopreservation protocol to preserve a large biomass and recover it after thawing.

The aim of recent research, published at the Society for Low Temperature Biology meeting in Cambridge 2017, was to see whether the rate at which the biomass is warmed affects post thaw recovery. The results suggested slow thawing produces better post thaw recovery than when the same volume biomass was fast thawed. This would infer that slow thawing aids recovery of cryopreserved spheroids. The cooling rates for two samples was not the same though: during one cooling the cryo bag cooled faster than the cryo bottle and remained at -50°C for longer. This likely resulted from better heat transfer in bags, and allowed dissipation of latent heat of ice nucleation. This may potentially alter ice crystal formation and have a negative effect on the biomass. Slower warming may also allow less stressful water re-equilibration in the spheroids as the ice melts.

Further information
A PDF of the full poster is available here