Cryopreservation protocol for 100 strains of microalgae 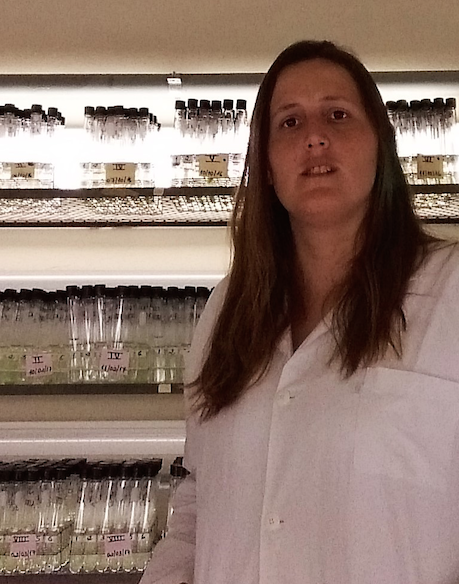 The Culture Collection of Freshwater Microalgae, the Coleção de Culturas de Microalgas de Água-Doce, plays an important role in Brazilian micro algal research. It is based at the Universidade Federal de São Carlos (www.ufscar.br) and was founded in 1977. The collection provides biological materials, substrates and education for a large proportion of past, and indeed current, projects throughout the Brazilian territory. Microalgae are found in most aquatic and many terrestrial ecosystems; their diversity of lifestyles has resulted in a large group of organisms with differing metabolic and functional characteristics; as a result they possess considerable biotechnological potential, particularly in the bioenergy, cosmeceutical and nutraceutical markets.

The establishment of a cryopreserved biobank linked to the culture collection was recently the focus of a PhD project, aiming to reduce the costs associated with the maintenance regime of cultures and the secure maintenance of the collection catalogue. The optimised cryopreservation protocol developed as part of the project has been tested with around 100 strains of microalgae from CCMA-UFSCar, including exemplar taxa across the different taxonomic groups in the collection catalogue, with elevated levels of success, particularly for the smaller taxa, such as the small green algae. 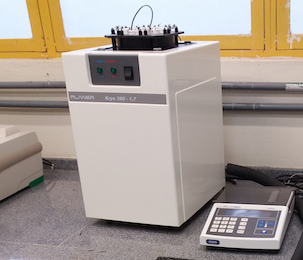 Letícia Piton Tessarolli (pictured above) recently successfully defended this PhD in algal cryobiology under the supervision of Prof Armando Vieira (Universidade Federal de São Carlos UFSCar) and Prof John Day (Scottish Association for Marine Science, University of the Highlands and Islands). Her work was mostly undertaken at the Coleção de Culturas de Microalgas de Água-Doce. Letícia used one of our freezers for some of the work: cryopreservation is regarded as the preferred method for the long-term, genetically and phenotypically stable, storage of stock cultures. The Planer controlled rate freezer used provides adjustable protocols which can be optimised to ensure maximum post-thaw viability