The Association of Clinical Embryologists (ACE) will be holding their 10th Biennial Conference on the 5th and 6th January 2016 at the iconic purpose-built Sage conference centre, located on the Newcastle Gateshead Quayside.

ACE is the UK’s only professional body representing embryologists with over of 800 members in the UK and around the world. An elected group of highly experienced senior embryologists and laboratory managers, who are specialists in IVF, ICSI and associated fertility treatments, manage ACE.

This year’s conference offers a broad range of topics including a number of presentations on good laboratory practice:-

Come and talk to the Planer team on Stand 10 to find out more. 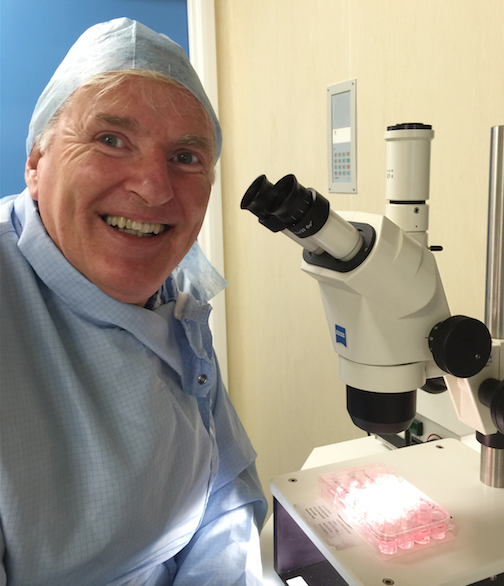 Dr Mike Watts of UCL Hospital London is using a Planer Kryo 560-16 to evaluate the association between viability and function of cryopreserved HPCs according to freeze rate used. Non-viable cells are routinely detected by an increase in cell permeability and resultant staining with dyes such as trypan blue or 7AAD.

These tests however cannot be informative on the functional activity of the remaining unstained viable cells. The expression of the CD34 antigen of the HPC population allows specific viability measurement of this target cell population and flow cytometric dual CD34+/7AAD staining is widely used to assess the integrity of HPC post cryopreservation.

This test has been shown in at least one clinical study to be associated with functional activity measured by colony forming cell (CFC) assays in culture (Yang et al 2005 BMT 35:88). Mike is looking specifically at the quality issues in clinical use in relation to a poor engraftment incident where this was not the case and there was complete dissociation between viability and function, consistently high thaw CD34+/7AAD viability results failing to detect catastrophic losses in CFC activity. Further study showed that poor CFC growth was related to a more rapid freeze rate than is more normally used.

Thaw colony assays are a useful research tool but have proved difficult to standardise in inter-laboratory QC exercises for routine use. However, transplantation laboratories maintain high quality, well standardised flow cytometry for routine CD34+ cell counting and Mike believes that flow cytometric viability tests that rely on metabolic functional activity rather than simple permeability could represent an attractive alternative. The flow cytometric detection of high aldehyde dehydrogenase (ALDH) activity in HPC for example, has been shown in several studies to correlate with thaw clonogenic activity. The first question for such a test is whether it can distinguish between HPC samples cells with high viability but where occult loss of CFC activity has been induced by the freeze rate used. Mike is planning to prepare batch control samples using defined faster or slower freezing rates. If successful, this will permit inter-laboratory standardisation studies and ultimately improve quality assurance in clinical cryopreservation practice for HPC.

A Practical Guide to Selecting Gametes and Embryos

A book published by consultant Prof Markus Montag will be of interest to embryologists worldwide. The book "A Practical Guide to Selecting Gametes and Embryos" provides a user-friendly text of processes that can be effectively and easily used in the lab. In the book, published by CRC Press, Markus and his panel highlight proven selection strategies and emphases the importance of proper lab practice in handling gametes and embryos, focussing on improved technologies for identifying viable oocytes, sperm, and embryos.

Markus worked as a laboratory director in 1992 in a private IVF clinic and then became Director of the Reproductive Biology Laboratory at the University Clinic of Bonn - where we got to know him, when he bought some of our BT37 benchtop incubators. In 2011 he became head of the IVF Laboratory at the University Clinic of Heidelbergand went on to found his own company, ilabcomm GmbH, to consult to reproductive laboratories around the world.

This book offers many useful points for applying successful selection strategies - for reducing the rate of high-risk multiple gestations while still maintaining viable pregnancy rates and covers areas including the analysis of a semen samples, prevention of exposure to toxins in oocyte collection and embryo culture, morphological selection of gametes and embryos plus some innovative techniques such as oxygen respiration and time-lapse imaging.

Although cancer is still a major cause of mortality in young people, the great improvements in treatments mean that adolescent cancer mortality rates are now declining and long-term survival can be expected in some 80% of patients.  Unfortunately both male and female fertility is damaged by exposure to chemotherapy agents and radiation treatments and the treatments used to cure a cancer may render patients temporarily or permanently infertile.

Different strategies have been developed to try to safeguard the fertility of younger patients. Cryopreserved ovarian tissue have been grafted with success since 2004 - the first such birth in Louvain, Belgium under Prof Donnez. Cryopreservation of spermatozoa is routinely used to preserve fertility in males but, for some adolescents it may not be possible to recover sperm or the patient may be too young. Experimental techniques such as testicular tissue freezing, while promising, require further research before they can be fully integrated into routine treatments.

Of the frozen ovarian tissue graft births worldwide so far, nearly all have come from slow freezing. This is reckoned by experts to be because controlled rate freezing is more  suitable for freezing the larger and more complex tissues such as ovarian cortex;  additionally the method produces samples more suited to specimen transport,  long-term storage and audit. Testicular tissue freezing is less established than ovarian and one expert says that in this case again the best approach may well be slow freezing. Testicular tissue is less tough than ovarian cortex and so may be more easy for cryoprotectants to penetrate. The aim following the freeze/thaw of testis tissue would be to purify and transplant spermatogonial stem cells to restore fertility rather than to autograft pieces of testicular tissue - it is a different procedure to grafting frozen/thawed ovarian cortex fragments. So, different strictures may apply to the freezing and thawing methods for these two tissue types; in the opinion of one expert,  “we need to produce better optimised protocols for slow freezing".

There are two new papers summarising current practices in Ovarian Tissue freezing and transplants and Testicular Freezing and transplant. One is a European perspective on testicular tissue cryopreservation for fertility preservation in prepubertal and adolescent boys by Prof Helen Picton et al of the University of Leeds, UK and the other is by Dr A.K. Jensen et al of Copenhagen University Hospital, Denmark,

The two articles may be viewed at:

We’d like to thank all the people that visited the Planer booth at the recent American Society of Reproductive Medicine (ASRM) Congress in Baltimore. We had the busiest most successful ASRM we have ever had with a huge amount of interest in alarms and the Portable Petri Dish pH/CO2 Sensor.

The pH level has long been considered one of the most important parameters to determine a successful outcome of the incubation of biologicals: large changes in pH can result in degradation and loss of samples. Tracking pH over time will help determine the stability
and quality of the sample being incubated. Whether measuring the pH of media in conjunction with in vitro fertilisation (IVF) procedures, platelets used in critical transfusions or stem cell manufacturing for personalised cancer treatments, pH is the trusted
indicator. The new sensor allows laboratories to monitor the pH and CO2 inside the incubator without the need for disturbing the biological sample - and so allows the sample to remain in optimal conditions.

For more details regarding the new Petri dish pH/CO2 sensor along with the full range of Planer products can be found here on our website or by contacting your local Planer distributor.

IMV appointed new distributor for incubator in the animal market 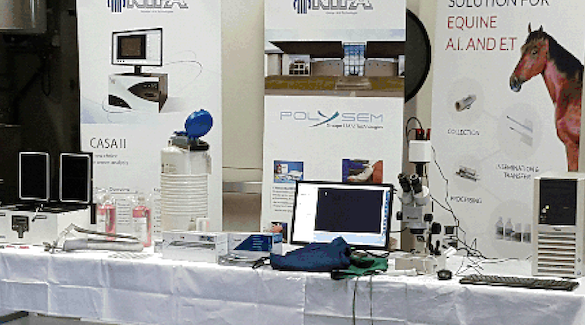 Precision benchtop incubators, used so widely in the human fertility market, are now finding their way into the animal ART. Planer are therefore pleased to announce they have just signed an exclusive agreement with IMV of France for worldwide distribution of the incubator to the animal fertility market.

This new collaboration had its first airing at the European Embryo Transfer Association meeting, This 31st Scientific meeting of the AETE (Association Europeenne de Transfert Embryonnaire) took place in Ghent, Belgium with presentations on, amongst others subjects,  embryo metabolism, transfer of cattle embryos produced with sex-sorted semen and workshops at the Faculty of Veterinary Medicine - Ghent University.  The IMV stand showcased the Planer BT37 benchtop incubator with demonstrations and questions and answers sessions hosted by IMV's Andres Kling and Dick Postma. 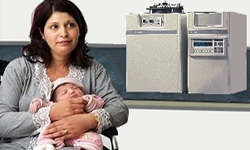 Rachel Brown of BioNews reports a large Danish study, just out in Human Reproduction, which claims ovarian tissue transplants to be safe and that they can restore fertility in women who have undergone treatment for cancer;  around one in three procedures in young women leading to live births. The study reviews the outcomes of 41 Danish women with a total of 53 transplants of thawed ovarian tissue.  Of the 32 women who had received ovarian transplants to become pregnant, 21 obtained at least one positive pregnancy test. The findings " ... show grafted ovarian tissue is effective in restoring ovarian function in a safe manner. In this series of women, the pregnancy rate was about 30 percent,' said Dr Annette Jensen, from Copenhagen, lead author on the study.

Ovarian transplantation programmes have been available in Denmark since 2000, allowing women who are undergoing treatment for cancer to freeze the tissue of one of their ovaries free of charge. The thawed tissue can then be transplanted back, either to the remaining ovary or elsewhere in the abdominal cavity. Since its introduction over 800 women have had their ovarian tissue frozen. One of the concerns of ovarian transplantation is that it could cause the cancer that prompted its removal to return. However, the study reported that although three patients did experience a relapse of cancer, none of these were related to the transplantation of ovarian tissue, and therefore the procedure is considered to be safe. The transplanted tissue has been functional for over ten years in three women, eight years in six women, and more than five years in 15 women. The remaining patients have had transplanted tissue for between six months and five years. 'The full functional lifespan of grafts is still being evaluated because many of these women have ovaries that are continuing to function,' said Dr Jensen.  The classic standard for the cryopreservation of ovarian tissue is slow freezing and Planer equipment has been at the forefront of this ovarian tissue freezing process, with many successful pregnancies - including the latest reported by  Dr Isabella Demeestere in Belgium who describes the procedure for freezing the tissue in Human Reproduction journal March 2006  - http://m.humrep.oxfordjournals.org/content/21/8/2010.full

Read the article in BioNews
http://www.bionews.org.uk/page_574307.asp

The full study available a
t http://humrep.oxfordjournals.org/content/early/2015/10/03/humrep.dev230.full

ASRM (American Society for Reproductive Medicine) is a non-profit multidisciplinary organization dedicated to the advancement of the science and practice of reproductive medicine. Members include obstetrician/gynecologists, urologists, reproductive endocrinologists, embryologists, laboratory technicians, research scientists, and veterinarians.

ASRM’s 71st annual meeting titled “Steering reproductive medicine to the forefront of global public health” will take place in Baltimore, Maryland. Topics related to the latest in human reproduction care will be covered, with over 5,000 medical experts expected to attend this year’s event.

Planer will be exhibiting its range of products including cryogenic freezers, sample tracking software and alarms and monitoring equipment.

This is the first opportunity for our US customers to see the unique Planer petri dish pH/CO2 sensor, launched earlier this year at ESHRE. Come and talk to the Planer team on stand 527 to find out more.