A major study by Finish scientists just published in Human Reproduction magazine, brings reassurance on the risks, or lack of them, between frozen IVF embryos and unfrozen. Frozen embryo transfer (FET) has many advantages compared with the fresh embryo transfer procedure and plays an essential role in single embryo transfer (ET) programmes.

Several previous cohort studies have shown similar, or even better perinatal outcomes for singletons, for frozen embryo transfer compared to those from fresh embryo transfer. However, a concern with frozen transfer is whether the cryoprotectants, the freezing or the thawing procedures might have an adverse effect on the embryos and whether, thereby, cryopreservation processes might increase the risk for congenital anomalies. 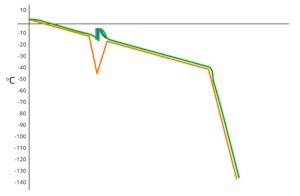 Controlled rate freezing of stem cells: the importance of profiles.

For the full information about the importance of profiles, please click the link below: 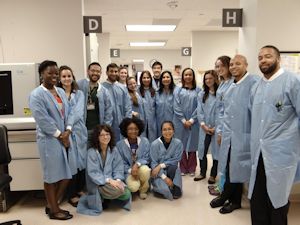 MD Anderson Cancer Center in Texas is one of the largest in the world for stem cell transplants, performing more than 865 procedures for adults and children each year, more than any other centre in the USA.

The department of Stem Cell Transplantation and Cellular Therapy (SCT/CT) is a specialised unit for processing of autologous, allogeneic related and unrelated stem cells collected from peripheral blood, bone marrow and cord blood.

The Cell Therapy Laboratory (CTL) at MD Anderson have had a number of Planer freezers over the years, supplied by Rod Harnden of SRS, and they currently use six - which are all in constant daily use and of which some have seen nearly ten years active service! 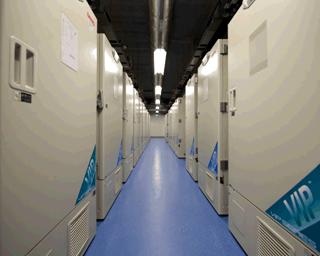 The LifeLines project in Holland, started in 2007, is one of the world’s largest population based studies, offering unique data and biomaterial resources to researchers world-wide. Based in Groningen its main objective is to understand what factors differentiate health deterioration in individuals: why do people get old without problems and why do other people have severe illnesses when there is no specific difference in organ states.

Information about the health course of some 167,729 individuals (covering three generations) from the Netherlands is collected once every five years - for a total period of 30 years - which will provide a huge amount of data for cohort studies. The well developed infrastructure enables both large-scale and detailed epidemiological studies, down to gene environmental factors, in a broad range of diseases. 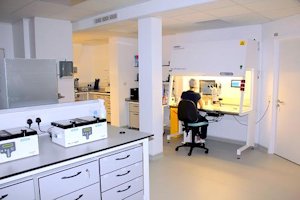 Anyone who is likely to use liquid nitrogen for cryopreservation or storage should know about its handling, properties and hazards.

Our colleagues at ACE are running a Liquid Nitrogen/Cryobank Training Day targeted for people in the IVF/ART world. It will take place on the 21st of May at the Marriott Hotel, Southampton Rd, Portsmouth, PO6 4SH:

Read more: Training Day for Liquid Nitrogen use in ART and Cryobanks - 21 May 2014

A single warming procedure irrespective of the freezing protocol?

Currently human oocytes and embryos are cryopreserved through slow freezing and vitrification. Lodovico Parmegiani,  well known for his research in ART, and colleagues have recently published a rapid warming protocol suitable for either.

Their work involved an evaluation of a new rapid warming protocol on slow frozen embryos (our Kryo 360 1.7) based on the standard warming procedure for vitrification. Survival rates were higher with rapid warming than with rapid thawing and after three days of culture the rapidly warmed parthenotes had more blastomeres compared to those rapidly thawed. 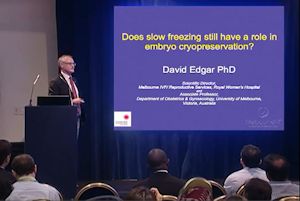 Even though vitrification is increasingly applied in ART, slow freezing has some advantages especially when handling large numbers of samples.

Our colleagues at Vitrolife have recently added to their range of products with a new media range for slow rate freezing. This move was aided by important work Dr David Edgar has been doing recently at Melbourne IVF Clinic and Melbourne University Hospital. 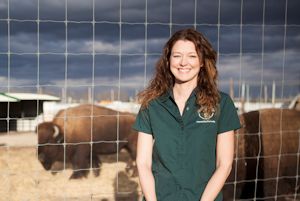 For more than 40 years their Animal Reproduction and Biotechnology Laboratory has pioneered techniques for assisted reproduction, including semen freezing and cooling and embryo transfer.

Currently, most of the circa 200,000 bison living in North America are not pure stock, due to interbreeding with domestic cattle. Researchers at Colorado hope to preserve the purity of this creature through the application of ART.

In 2012 they successfully reproduced a pure bred bison calf at the Bronx Zoo by removing the embryo of a pure bred Yellowstone bison that had been exposed to disease, implanting it  into a healthy, 'commercial' bison with ancestral cattle genes.