A world first: pregnancy from frozen ovarian tissue grafted outside a woman’s pelvis 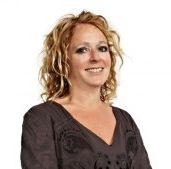 A team from Melbourne IVF in Australia reported the world’s first pregnancy from ovarian tissue grafted onto a patient's anterior abdominal wall.  The woman concerned sought fertility tissue preservation after the loss of her ovarian function following cancer treatment. Prior to surgery to remove her second ovary at the age of 23 she requested that her ovarian tissue be frozen. Seven years after that cancer treatment  - which had left her menopausal - she asked for the frozen ovarian tissue to be thawed and grafted back to help her conceive with her own eggs.

Freezing and transplantation of ovarian tissue back into the original position in the pelvis, known as orthotopic transplantation, has resulted in 29 births world-wide. However, Associate Professor Kate Stern and the team tried a heterotopic transplantation – where ovarian fragments are grafted at alternative sites distant from their 'normal' location. This process - which may use the abdomen and breast as sites – had not resulted in a clinical pregnancy, until now.

The woman had the ovarian tissue grafted to the anterior wall of her abdomen. The tissue was put back in the front wall of her abdomen, placed under the skin and the muscle but not inside the abdomen. The supply of blood and hormones was gently increased to help the potential viability of the transplanted tissue - so that follicle development could occur and mature eggs be retrieved. Once they were harvested, 'normal' IVF was employed to fertilise them and they were transplanted back to the uterus.