ICSI or IVF: Babies born from frozen embryos do just as well

A recent study on babies born after freeze-thawing embryos found that births from frozen progressed just as well whether created by ICSI or standard IVF. Researchersat Cornell University examined around two thousand births of which some 1200 were from ICSI and frozen. Analysis found reassuring evidence that babies born from frozen embryos (all from Planer machines) and fertilised via ICSI do just as well as those born from frozen embryos fertilised via standard IVF treatment.

The researchers also compared babies born as a result of cycles in which the women had additional hormone medication with babies born as a result of unmedicated, natural cycles, and, although they found a slightly higher rate of malformations in babies born from medicated cycles, the difference was small – 2.2% versus 0.4%. Ms Queenie Neri, a research associate at Cornell University (New York, USA) and a member of the team headed by Professor Gianpiero Palermo who pioneered ICSI in 1992, told the 25th annual meeting of the European Society of Human Reproduction and Embryology in Amsterdam today (Monday) that she and her colleagues had looked at all births from frozen embryos, conceived via ICSI or IVF, between 1993 and 2007. Ms Neri identified 720 IVF and 1231 ICSI frozen embryo transfers. The survival rate of the frozen embryos was 74% after IVF and 77.2% after ICSI. The clinical pregnancy rate was 42.8% after IVF and 39.4% after ICSI. These resulted in 84.1% IVF and 89.7% ICSI deliveries. There were 27.8% multiple IVF pregnancies and 21.1% multiple ICSI pregnancies. Outcomes at the time of birth for Apgar scores, gestational ages, birth weights and congenital malformations were similar for both IVF and ICSI singleton babies.

When she grouped the babies according to whether they came from medicated or unmedicated cycles, she found that the clinical pregnancy rate was 42.1% and 39.4% respectively; delivery rates were 86.7% (with 28.7% multiple births) and 87.5% (19.2% multiple births) respectively. Gestational ages and birth weights were similar between the two groups, but the malformation rate was 2.2% from the medicated cycles and 0.4% from the natural cycles. Ms Neri said: “Freezing embryos as part of fertility treatment has become a fundamental part of assisted reproduction technology. We found no differences in the ability of embryo generated by IVF or ICSI to implant, even after undergoing the stress of cryopreservation. We were unable to confirm a significant benefit of the unmedicated cycle on the neonatal outcome of the cryopreserved embryos; the difference in malformation rates was small.

“The original premise of the study was to identify a difference in neonatal outcome while in the presence or absence of infertility medication, with the assumption that the unmedicated cycles would generate better offspring outcomes. Interestingly, we did not see any clear difference in neonatal outcomes between the medicated and unmedicated groups. From our study, the combination of exposure to cryopreservation and medications or both did not significantly impair offspring outcome.”

This first for India was achieved when a 29 year old woman, whose identity was kept secret, gave birth to a 2.5 kg boy at the G. G. Hospital in Chennai, India on August 27th 2008. The delivery was by Caesarian section, the new born was moved to a nursery ward for observation and his condition later was stated as stable.

Doctors Priya Selvaraj and Kamala Selvaraj, renowned locally in the field of assisted reproductive technology, pioneered the first pregnancy in India resulting from a controlled rate frozen oocyte. The woman in question had a chromosomal abnormality, which rendered any pregnancy unstable but needed only a donor egg to realize her dream of having a baby.

The gynaecologists, who jointly performed the procedure, said that whilst many babies had been born from frozen embryos, '' … this was for the first time in India that a woman gave birth using a frozen oocyte.''

Dr Kamala added ''In this particular case, the mother had previously conceived an abnormal baby and also gone through a miscarriage earlier. We helped her have a baby with this new technology called oocyte Cryopreservation.'' In these cases eggs, rather than embryos, are frozen for the necessary period of time donated by other women who for those in need. ''Cryopreservation involves a slow freezing process using a cryofreezer and the eggs are then plunged into liquid nitrogen at minus 196 deg centigrade. As and when required, the eggs are brought back to normal temperature and the sperm is injected into the egg to form the embryo,'' Dr Priya Selvaraj said. The Selvarajs used a Planer Kryo 360-1.7 supplied by Indus Instruments.

Dr Kamala said this technology would benefit young women diagnosed with blood cancer and those who wish to postpone childbirth. ''Till this date it has been possible only to freeze sperm in the semen banks, but going a step ahead, the GG Hospitals is planning to set up an egg bank,'' she added.

A former cancer patient has made medical history by giving birth to two daughters after her fertility was restored with ovarian tissue that had been frozen.

Stinne Bergholdt, a doctor from Odense, Denmark, is the first woman in the world to give birth twice after undergoing the procedure, though seven others have had one child.

Writing in the journal Human Reproduction, doctors said that the birth of Dr Bergholdt’s second child, Lucca, demonstrated the long-term success of the procedure. Dr Bergholdt, now 32, was given a diagnosis of Ewing’s sarcoma, a rare cancer that mainly affects the bones, in 2004. Before starting chemotherapy, which would have left her sterile, part of her right ovary was removed and frozen. In December 2005, after successful treatment, six strips of frozen ovarian tissue were thawed and transplanted on to what remained of her right ovary. After mild ovarian stimulation she became pregnant and gave birth to her first daughter, Aviaja, in February 2007.

The following year Dr Bergholdt returned to the clinic where the transplant took place for in vitro fertilisation for a second baby. The treatment was not necessary, however — a test revealed that she had conceived again naturally. Professor Claus Yding Andersen, from the University Hospital of Copenhagen, who has pioneered the technique and treated Dr Bergholdt, said: “As long as the tissue remains properly stored in liquid nitrogen, it could remain functional for 40 years.”

Dr Andersen, professor in human reproductive physiology, used a Planer Kryo 10 series 2 for this procedure – he has used Planer for the last ten years - and states that he is "very satisfied with this equipment." 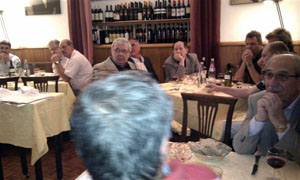 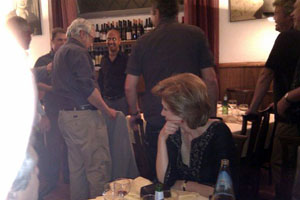 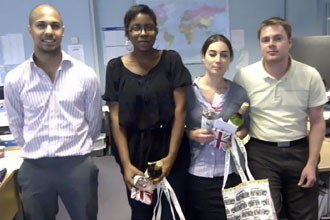 Lucy and Julie have just finished an eight week Internship in the Planer Sales Department. They arrived from Paris a little apprehensively at the end of April 2010 and stayed through May to June. Julie and Lucy were doing a module for their exams, under SIEC, l'académie de Créteil-Paris-Versailles, for their International Trade studies section.

This required them to complete an eight week internship in a foreign company; this was needed to complete their first year course.

The course is a commercial one so they were required to find out about procedures, legal framework, production, sales and the general mechanics of shipping scientific equipment round the world. Also "to look for new customers in a new market".

Help with looking for new customers is always welcome here - however the second task was rather harder since we export to 90 countries.

However the girls soon settled in and rose to the challenge! And they didn't take the easy way out by trying to sell to France!

By the time they went back their English was much improved and hopefully they know some of the background to running a busy manufacturing company.

In the picture, left to right: Ravi, Lucy, Julie and Nick