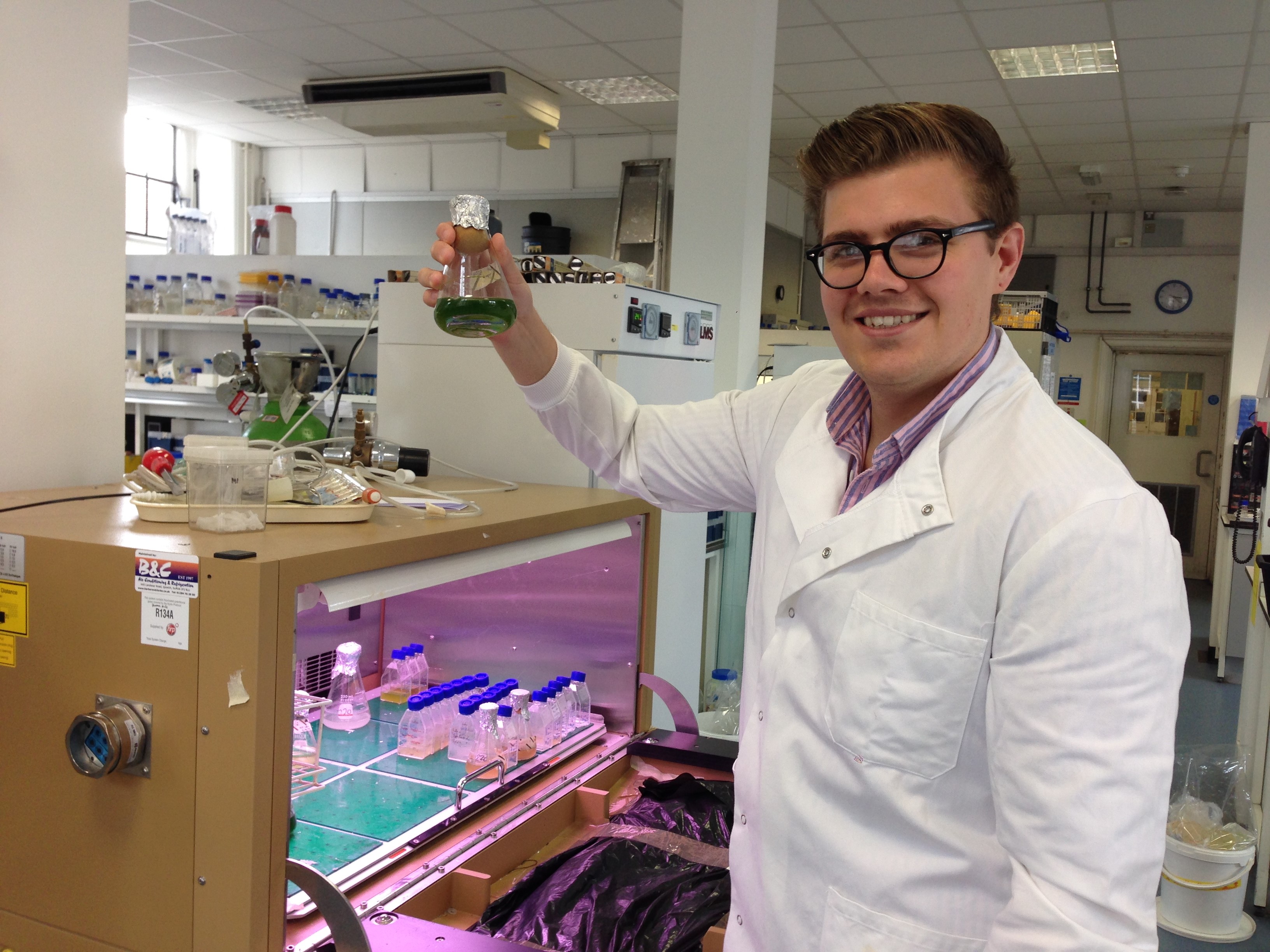 Chris Ridley, seen here in his lab at Prof Alison Smith’s group in the Department of Plant Sciences, University of Cambridge UK, has been working to try and conserve algal-bacterial consortium using cryopreservation techniques.

Microalgae are found in most aquatic and many terrestrial ecosystems; their diversity of lifestyles has resulted in an extremely large group of organisms with differing metabolic and functional characteristics.

As a result they possess considerable biotechnological potential, particularly in the bioenergy, cosmeceutical and nutraceutical markets.

Chris linked up with Prof John Day at the Scottish Association for Marine Science, University of the Highlands and Islands to explore utilising the interaction between green alga and soil bacterium.

They developed a co-cryopreservation method that ensures maximum post-thaw viability and preserves the symbiotic interaction. To develop commercial algal biotechnology, consistent and functional inocula are required. Cryopreservation is widely regarded as the preferred method for the long-term, genetically and phenotypically stable, storage of stock cultures.

A result was achieved with a Planer controlled rate freezer employing a 2-step protocol optimised to ensure maximum post-thaw viability of both algae and bacteria. After inclusion of a 24-hour post-thaw dark incubation phase, viability rates of >90% were achieved.

This is the first demonstration of the potential for long-term storage of microbial consortia for industrial biotechnology.  By culturing algae with symbiotic bacteria, the team reduced nutrient inputs and prevented contamination by pathogenic bacteria – a major problem in commercial processes.